Pickleball Vs Other Racket Sports 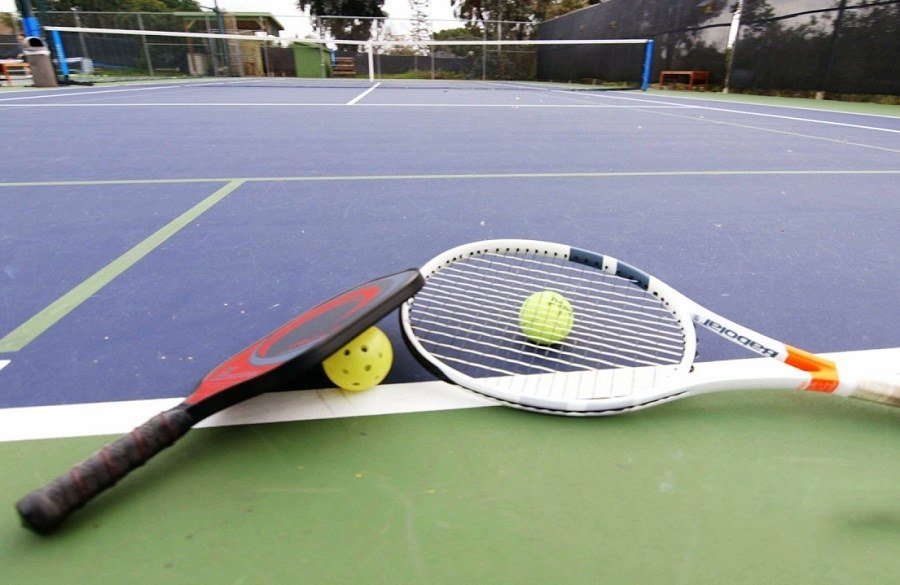 There’s a good chance that you’ve heard about pickleball before, as the sport is quickly gaining popularity in the US. It’s estimated that around 2.5 million Americans play this racket game and the numbers seem to be rising every day.

When people are trying to describe pickleball to a new player, they’ll usually compare it to a mixture of tennis and badminton, or something similar. The game is played on a badminton size court and uses a ball and paddle, but there are plenty of ways in which it’s different.

While we know that pickleball is growing in strength, it’s interesting to see how it compares with other racket and net games that it was based on. We’ve done a comparison of pickleball versus other popular sports like tennis and squash to see how it differs, and why it seems that pickleball always manages to come out on top. 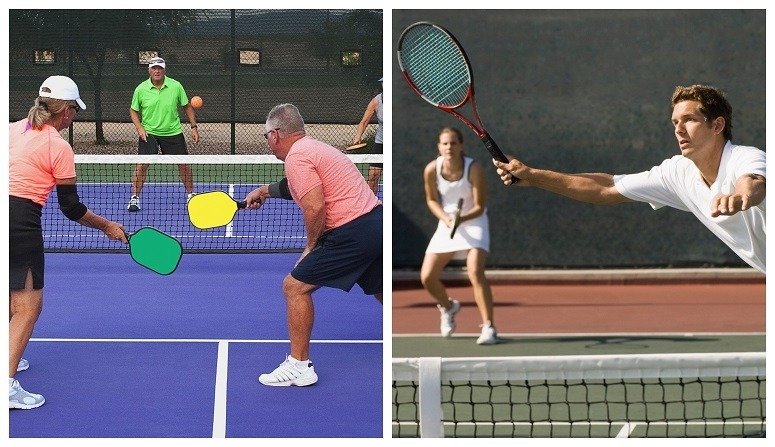 There are some similarities between the two games, and they even follow a similar scoring system. Both games can be played as doubles or singles, but there are many parts of the play and rules that are different.

The paddles of pickleball are also different from the rackets used in tennis, which feature a netting across the surface. The ball used is made of plastic, unlike a tennis court, and when setting up the court, the net is a lot lower in pickleball.

One key difference with pickleball is that it’s played on a smaller court. This makes it better for groups like the elderly or those who aren’t as fit to enjoy. As there’s less room to chase the room around but still the thrill of trying to make your shot, people find this a huge advantage that it has over a traditional game of tennis.

Squash and pickleball are similar in that both games can be played either indoors or outdoors, and this can change the dynamic of play somewhat. An indoor squash court is walled on both sides and the aim is to hit the front wall.

Both games are pretty fast-paced and rely on a lot of quick movements around the court so they’re ideal for people who like games with high energy and less standing around.

The rackets used in squash are up to 27 inches long so they’re quite big, and in comparison, to a paddle used for pickleball, they’re a lot harder to maneuver. The grip you have on them should be lighter than pickleball which means less control sometimes, and this is a huge advantage that pickleball has over many of these other racket sports.

Squash’s scoring system means that a game goes on for 21 points, and whoever has the most is the winner. It’s pretty easy to score a point in squash just like pickleball, but there are many different types of shots and ways you can earn them. Therefore, learning the game of squash takes a bit more practice and time to get all of the rules right. 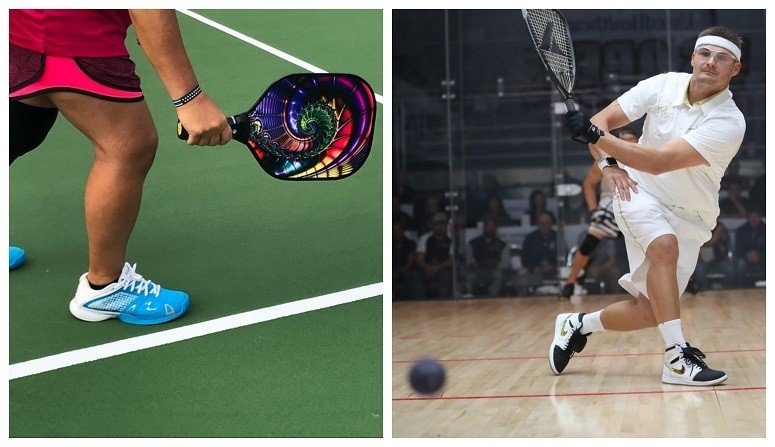 Pickleball can be played as singles or doubles whereas racquetball can be played with two, three or four players. This means even with odd-numbered groups people will be able to play, however, it can make the scoring system harder to follow.

Becoming a professional at racquetball can mean long hours of practice and mastering many different strokes and spins. While this is rewarding for the player, it can put a lot of people off from trying. Pickleball has the obvious advantage of being easy to master and with straightforward rules and techniques about how to hit the ball.

Table tennis has been a favorite in America for many years, and this fun ball game is most commonly enjoyed indoors. Although it’s said that pickleball was based on many of the rules of table tennis, the most obvious difference is that one is played on a fold-out table and the other played on a small area the size of a badminton court.

Table tennis can be played as either singles or doubles, just like pickleball. The paddles are probably the most similar than any other sport, usually made out of wood or some composite material and feeling quite lightweight. They are smaller in size and with a shorter handle but feature some type of grip-friendly material.

The invention of pickleball used a table tennis racket and a wiffleball, but the points system is quite different and the pace of the game is as well. Table tennis doesn’t require as much moving as pickleball and can get a little tiring standing in the same place, even in a heated match, so it’s not as exciting usually. 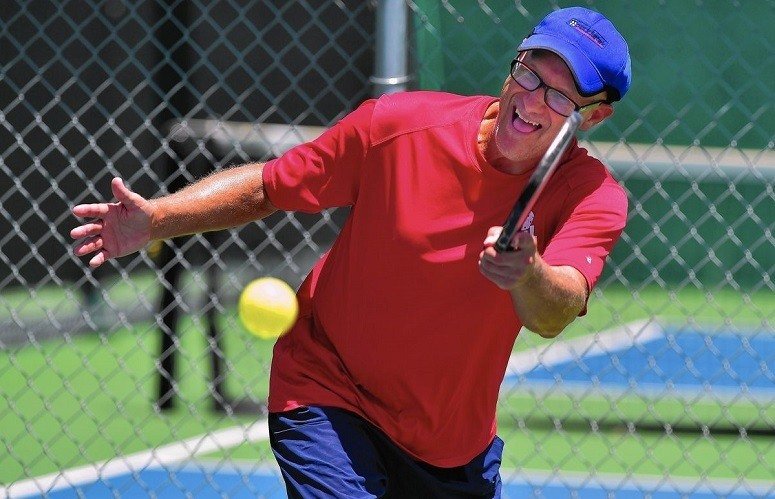 There’s a very good reason why pickleball is getting the huge hype that it is today, and that’s because of the many ways it’s better than these traditional games. There are so many great things that it has to offer that you can’t find with other sports like tennis and racquetball so if you’ve been considering giving it a try there’s never been a better time.

Of course, all sports and physical activity is good for us but when we really enjoy what we’re playing there’s a better chance we’ll stick to it. With millions of players in the US and around the world now getting into it, pickleball is clearly a game that is here to stay. 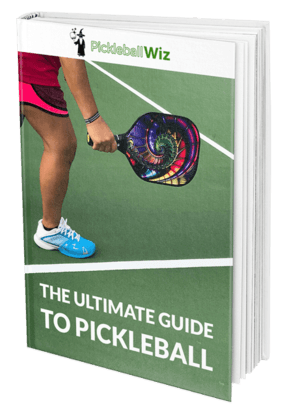 Improve Your Physical Fitness With Pickleball!

Download our FREE eBook guide and learn about many benefits that this relatively new sport brings!